Social network I and II are two soft sculptures made out of hand knitted, see through monofilament. It’s actually fishing line! It was fascinating to knit with technically, and also aesthetically. There is an interesting change in control as the monofilament is very hard to knit with. It has to be controlled in different ways to knitting with wool, yet once it’s knitted, certain qualities of the plastic makes it take on a different form, like a spontaneous drawing in space. It has a mind of its own! The almost transparent line is also transformed, as it’s knitted, into something ‘other’, ethereal and sparkling. Both pieces were knitted on large circular needles as tubes of knitting, but when they’re installed the stretchy structure of the knitting enables them to be sculpted into many different forms using tension.

Social network I was first installed at the Align exhibition at UWE’s Bower Ashton campus, Bristol in November 2012: 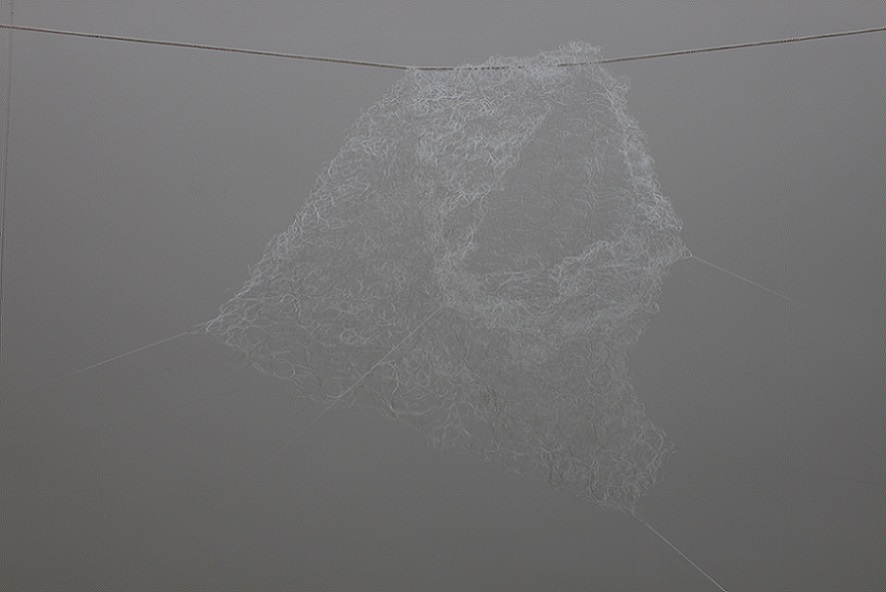 I’m not actually sure when I knitted Social network II, I think it was also in 2012, but I’m not sure! I’ve only exhibited them once together. I installed both at the Subversive surfaces exhibition at Town Hall Arts, Trowbridge in June and July, 2018. They were suspended on the bannisters on the steps leading down to The Cells: 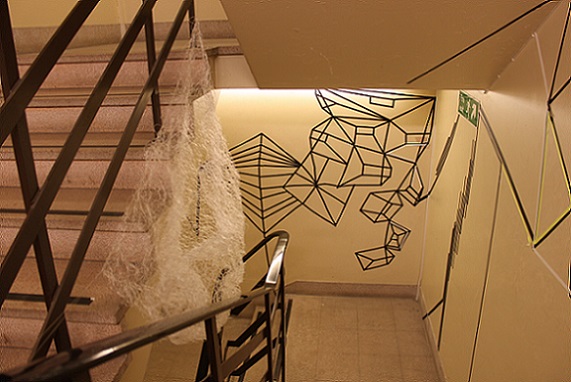 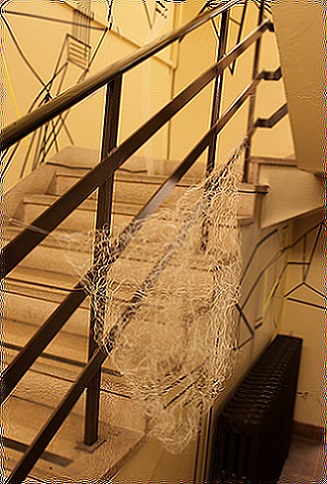 I love the way the plastic is transformed through the process of knitting and that it’s almost invisible! 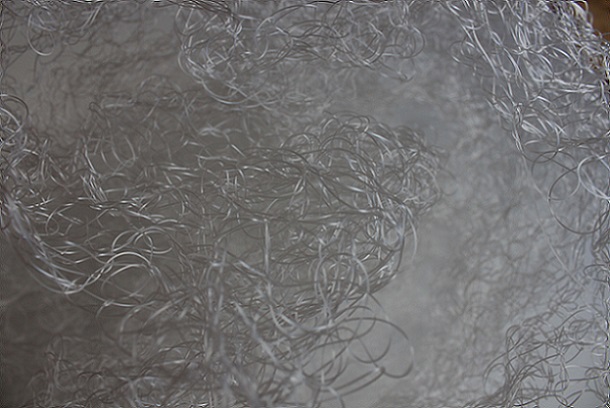 I've called these pieces Social network because I knitted number one as a kind of performative piece whenever and wherever I went, at home and out and about. It’s obviously an unusual material to knit with so many people commented on it when I knitted in public. Its structure is net-like, so I thought Social network was apt! Have a look at more images and information about this performance which I've called I knit therefore I am, 2012. 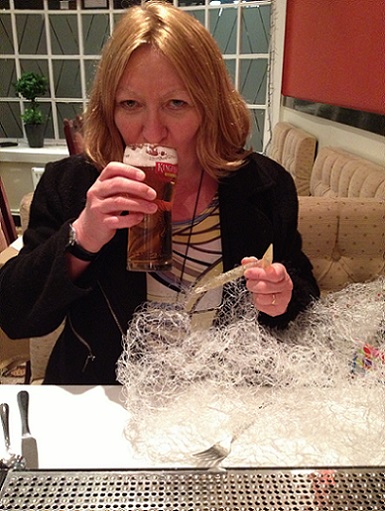 Knitting with a pint in an Indian restaurant!

Social network I has also been worn. Yet another Living sculpture? 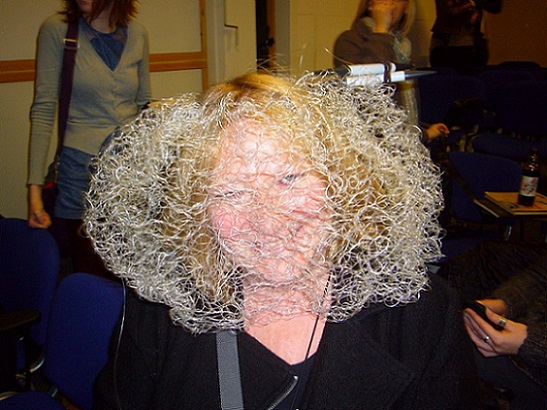 Social network I as a work in progress.... 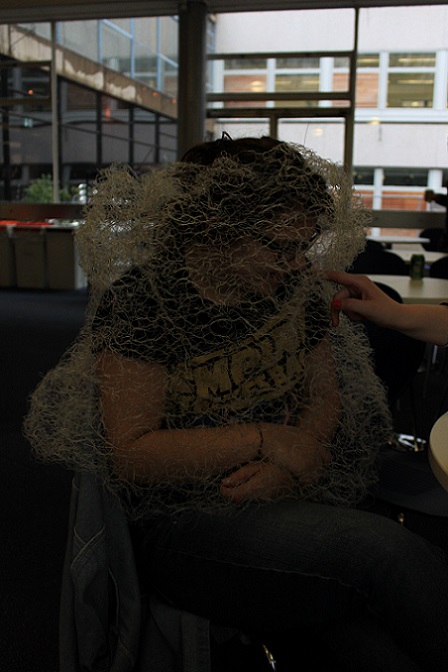 And here's a gallery of images: