I have been trying to think of a way to describe what I call 'stream of consciousness' knitting. I first used the term to describe the way I was knitting the abstract uterus, 'All the babies I might have had'. I used double pointed needles and knitted a series of holes radiating out from the central point.

Knitting with only one colour emphasised the process and made me very aware of what I was doing; I had no pattern, a few rules, made decisions as I knitted and the design developed as the piece grew. The structure mirrored the process and was organic, cellular, reminding me of binary fission.

Image: All the babies I might have had I, 2012, installed at Align, UWE, Bower Ashton campus, Bristol, June 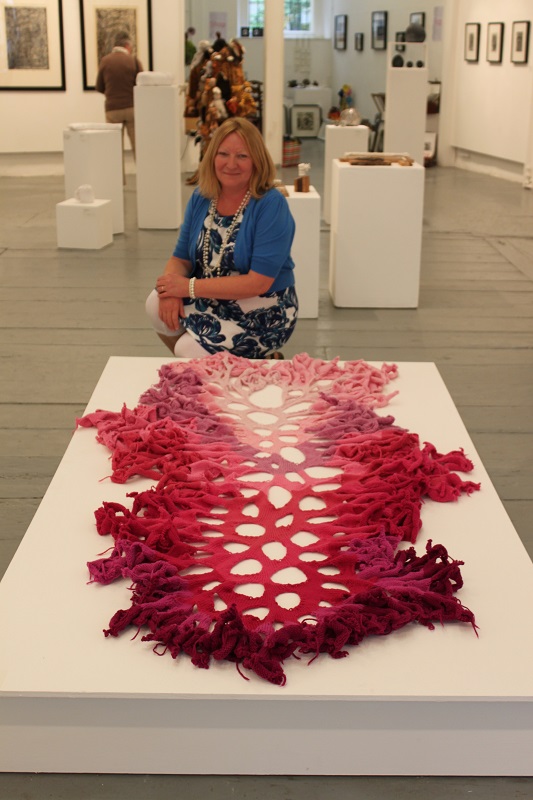 Another important aspect of the 'stream of consciousness' for me is where I knit.

Because I like to create large pieces, I knit wherever and whenever I can; in pubs and cafes, in queues, on the beach, on buses and trains, at festivals and concerts and even on the ski slope! The response to my public knitting is astonishing and provokes many conversations. 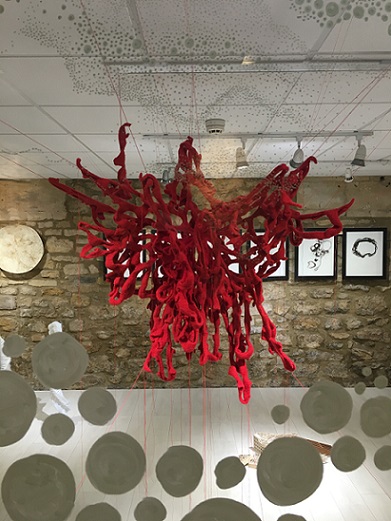 All the babies I might have had I, 2012, hand knitted felt, installed at Pattern, Fringe Arts Bath, June 2016

The fact that All the babies I might have had I is web-like in structure is pertinent. I have researched the work of other artists and ideas around the memory of cloth and I like to think of my knitting as a ‘memory catcher’, with those encounters and conversations somehow becoming part of its fabric. Knitting a uterus in public as a response to issues around infertility is inevitably very poignant. 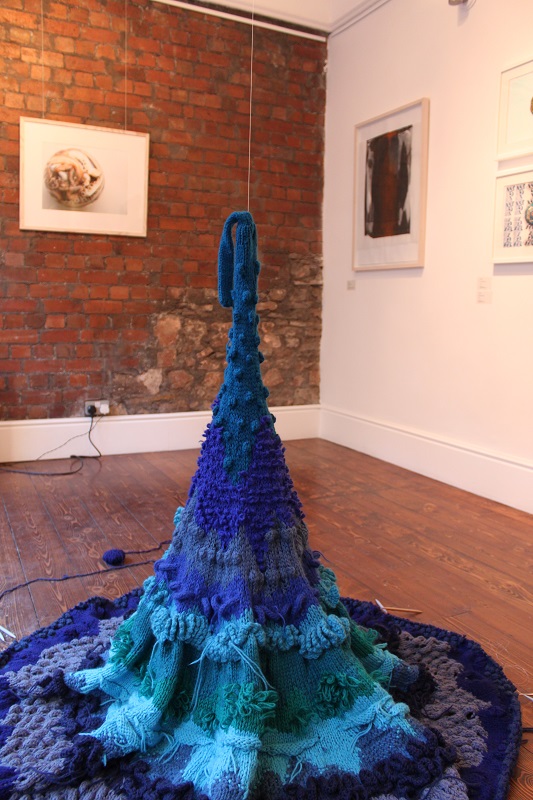 I am also interested in the links with women in mythology and textile processes -The Fates spinning the thread of life, Penelope weaving by day and unravelling by night etc- and the power that those processes bring.

I realise in retrospect that I have knitted as a stream of consciousness for many years. Knitting is very repetitive, stitch by stitch and row by row, and without the constraints of a pattern I very quickly enter a state of meditative timelessness which induces a profound sense of wellbeing. The psychologist Csikszentmihalyi describes this as the state of flow; it is caused by deep concentration, where levels of skill match levels of challenge. It is often linked to creativity and, ultimately, to happiness.